As a Utility Worker, Jeromy and his team are tasked with maintaining water infrastructure in order to keep water service running for Padre Dam customers. With more than 392 miles of drinking water mains, this is not a small task.
Before working in the water industry, Jeromy didn’t realize all of the work it takes to get clean drinking water to homes and businesses. After a career of twenty years working in masonry, Jeromy had a conversation with a friend in the water industry and started thinking about the importance of working in an essential service like water. He enrolled in a class at Palomar College and was immediately interested in water distribution systems.

"I never thought about it. I just turned on the faucet and water was there. I never considered the technology, infrastructure and skill that goes into water distribution and delivery," Jeromy said. "I am excited that I am now a part of providing this essential service"

Work includes long days outside completing jobs like repairing water leaks and fixing hydrants that have been hit by a car. In addition to responding to emergency situations, Jeromy and the Utility Crew replace old, broken valves in the distribution system. Valves are like doors throughout Padre Dam’s distribution system that can close and allow sections of pipes to be cut off from the rest of the system. Having the capability to isolate sections of pipe is crucial both for system maintenance and in emergencies. If a section of pipe bursts or needs to be repaired, valves allow Padre Dam crews to shut off only a small section of surrounding broken pipe, resulting in fewer customers going without water.

"In everything we do, our goal is to keep clean water flowing to as many customers as possible," Jeromy said. "So even in the event of an emergency, we want to be able to limit service interruptions to as few people as possible." 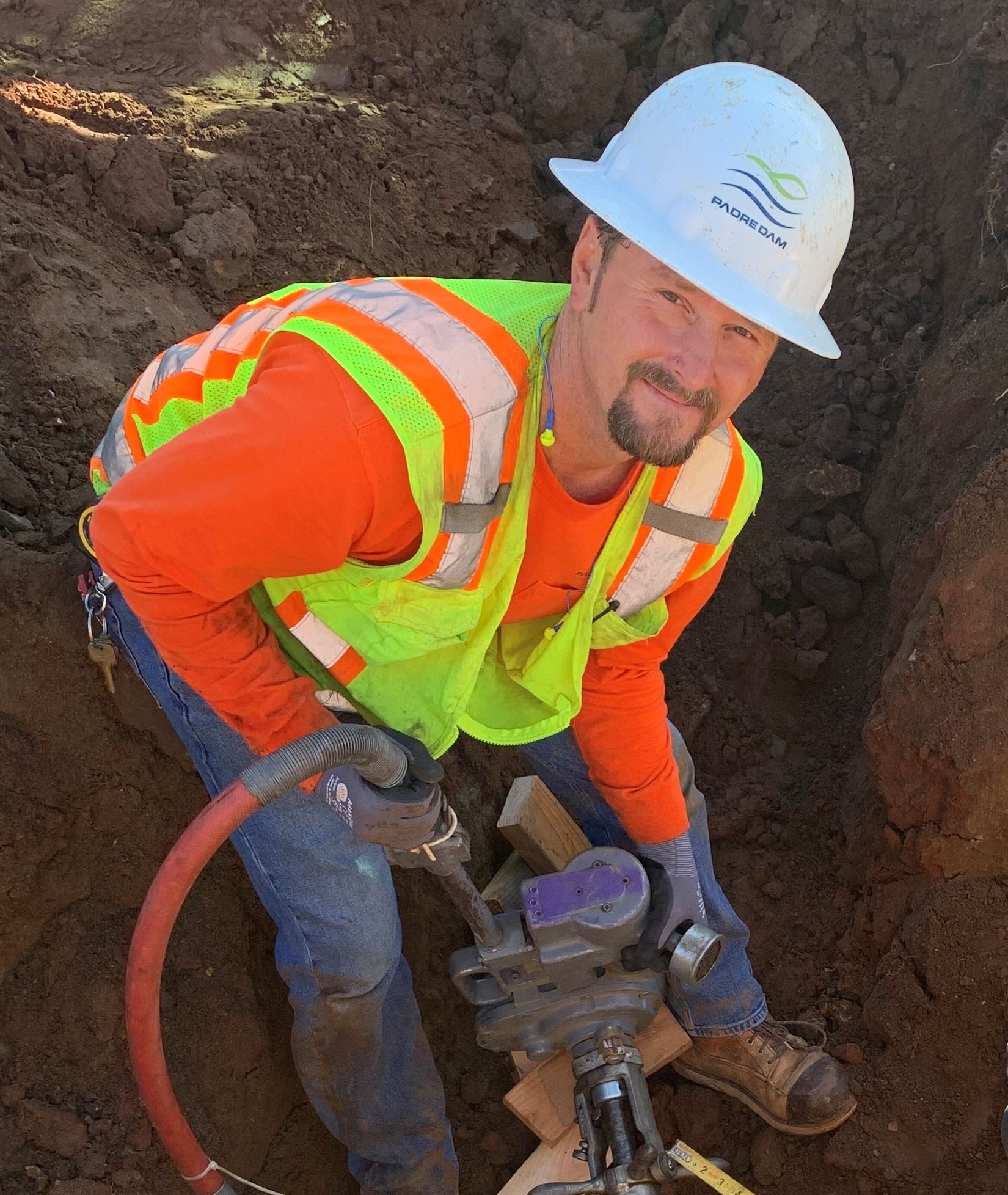 Jeromy marked his first anniversary of working at Padre Dam in the middle of the April, during the height of San Diego’s stay-at-home orders. As an employee responsible for helping to keep water flowing to almost 100,000 people, he experienced what working for an essential service is like during a time of crisis. In addition to continuing to complete necessary work on the water distribution system, Jeromy was part of a crew that rushed to install a new water service connection to the new Sharp Medical Building in Santee after the building’s opening date was pushed up.

"I have a huge sense of pride in providing an essential service," said Jeromy. "People need water to keep themselves safe and healthy, especially now, and I’m so grateful to be able to be a part of bringing it to them."

When he is not at work, Jeromy enjoys spending time with his wife and three kids, especially taking the family to Disneyland and going camping.