If you look at a map of Padre Dam’s service area, you might notice that the topography is far from flat. In fact, Padre Dam’s 72-square mile service area experiences an elevation change of over 2,300 feet. That’s where Jason Mulick comes in. As a supervisor in the Electrical Department at Padre Dam, it’s Jason’s job to make sure that water, which weighs more than 8 pounds per gallon, can be delivered to homes and businesses at higher elevations.

Padre Dam has 16 drinking water pump stations throughout its service area, which "lift" the water to higher elevations. These pump stations have complex control systems that must function properly so that when operators remotely signal a pump to start, the motor runs without an issue. 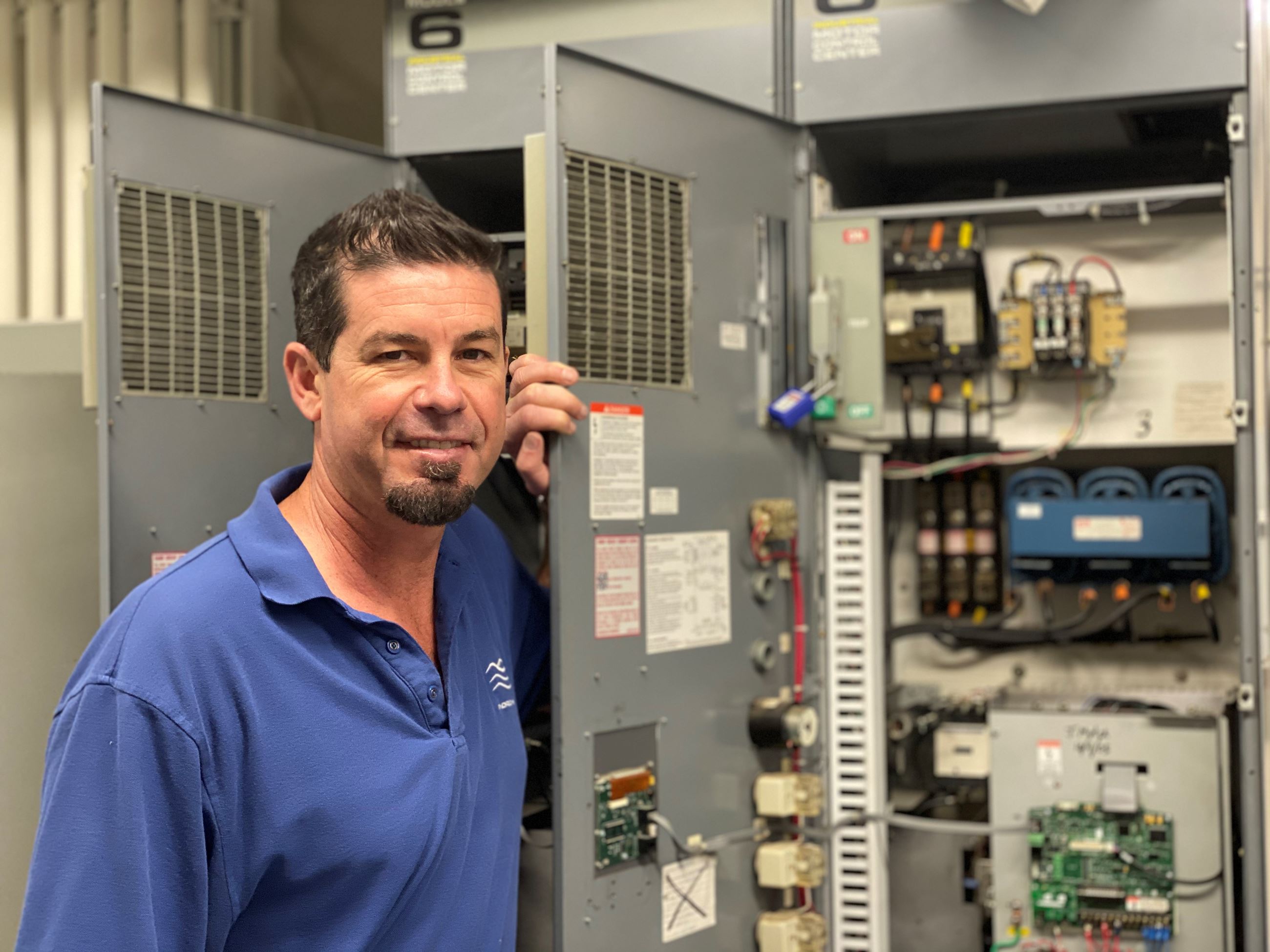 "It takes a massive amount of power to pump water throughout our service area," Jason said. "I always say, when the electrons flow, so does the H2O."

In addition to building any new electrical equipment required, Jason works to maintain the District’s existing electrical infrastructure, some of which dates back to the 1980s. Jason preemptively replaces old and worn wiring and components, prioritizing work using visual and historical data, as well as technology including infrared thermal imaging. This process helps reduce the number of electrical failures in the system and increases efficiency by limiting unnecessary replacements.

Jason is on-call 24 hours a day, 365 days a year to respond to any electrical issues that might arise in the system. Padre Dam has installed permanent generators at the majority of the District’s pump stations, so that pumps can continue to operate during power outages. Jason oversees the operation and maintenance of these units.

"It’s important that customers don’t lose water service just because the power is out," Jason remarked. "Our generators make it easier to keep an uninterrupted flow of water moving, which is especially important in case of an emergency, such as a fire."

Building, maintaining and troubleshooting electrical systems so close to water infrastructure is a dangerous task that requires highly specialized training and skills. Jason worked as an electrician prior to starting at Padre Dam as a Utility Worker in 2002. His experience with both water infrastructure and electrical work gives him the expertise he needs to keep the District’s services online. Growing up in San Diego, Jason’s father worked in the water industry and he saw first-hand how rewarding it is to provide services for the community.